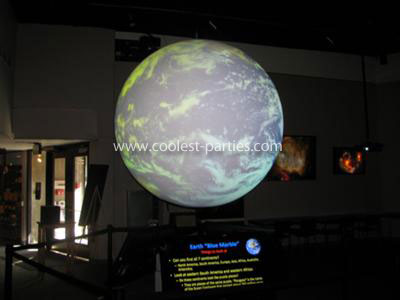 My son was turning 6 and he always loved Space Shuttles and planets. At the same time, we saw in the news that NASA’s space shuttle launch on July 8 was the beginning of NASA’s last space mission; it was the last launch of the Atlantis. We thought what a great way to celebrate with a Space Shuttle theme for the birthday party, so then we celebrated the party at the Planetarium where they had many fun and educational activities. They had a demonstration of a Sound Lab where they had fun on a vibrating floor, they learned about the different sounds and played with a light Tower.

We decorated the tables with table covers and confetti with stairs shapes. We didn’t have to decorate much since we were right there at the Planetarium with many fun things like their permanent exhibit. Kids were able to explore with a giant telescope and several demonstrative stations. The staff was very nice providing all their education through a special presentation for the group.

We had pizza to eat, which turned out to be a perfect match because of their round shape, the kids where comparing them to the shape of the planets!

As part of the activities there also was a Laser Show projected into the dome of the Theater at the Planetarium.

A last and special moment was singing the happy birthday with a homemade coolest Space Shuttle Cake. The big cake at the bottom, which represents the space, is made out of a brownie cake, filled with Dulce de Leche (is like Caramel, but taste way better, it’s an original dessert from Argentina), strawberries and whip cream.

The covering is whipped cream mixed with black icing to give the greyish color. I don’t like the taste of the icing, too sweet, so by mixing a little bit of icing with the whip cream I got the color I was looking for and a good taste.
On top of the “space” cake lays the “Space Shuttle” one, made out of roll cake (in Spanish is called arrollado or pionono) filled with Dulce de Leche and covered with white fondant and painted with food markers from Wilton.
The goodie bags had pencils with planets and stars as well as Glow Stick Bracelets plus some candy, which every kid is looking for!
It might look as a very expensive party, but actually was less expensive than the regular parties at a bowling or at places like that. I guess this is one of the many advantages in leaving in a University town with a Planetarium; they really like to do these parties because it allows them to educate kids while having fun at the same time.

I am really happy how the party turned out because everybody had a lot of fun and the cake, as well as the theme, was a complete success. 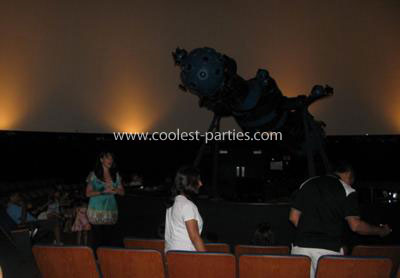 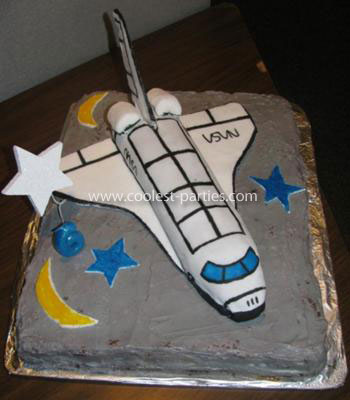 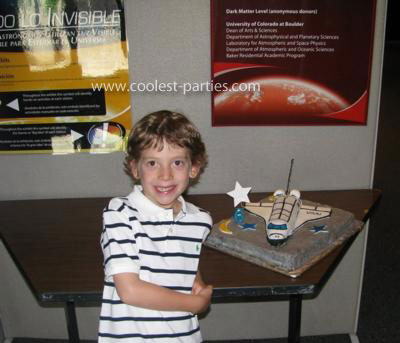 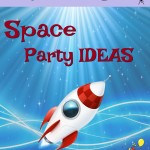