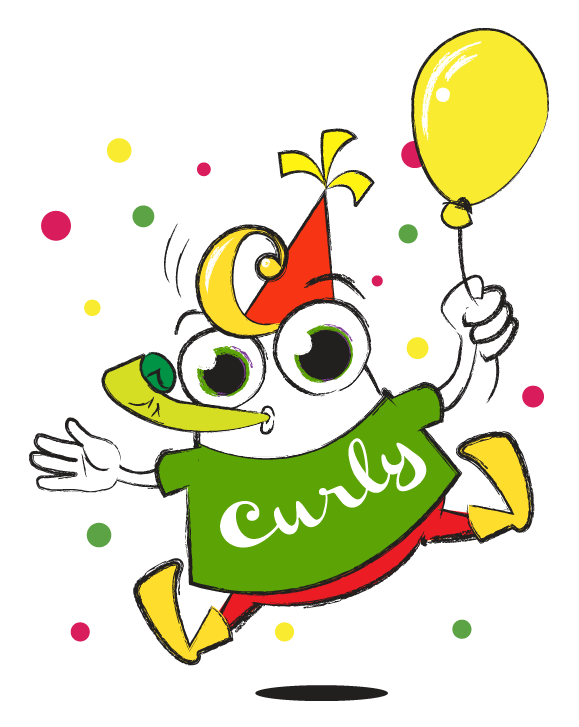 For my niece’s 5th birthday we did a SpongeBob party.

Her birthday is in September so it was a nice day to have it outside.

We decorated the back yard like Bikini bottom, with streamers and balloons, we had a small pool for kids to play in with water and balls (the small ones from the ball pit).

As the kids arrived they signed the birthday sign on a board and went to the activities tables I had around the back yard, but not before they noticed the large Sponge Bob sitting in the middle of the birthday table.

They moved around to the different activities I had prepared, like pin the pants on Sponge Bob, Patrick ring toss, coloring pages and the pool, and of course the traditional food: hot dogs, crabby patties, juice and chips. The kids were so into the activities they didn’t realize that someone had swiped Spongebob.

I had a couple of my older niece’s friends dress up in costumes as suspects. I took pictures of the girls and even the birthday girl’s mom and grandma were suspects. They all had funny criminal names.

I read a letter from the criminals and the kids, with help of their parents, had to go around a couple of my close neighborhood houses (that’s were the suspects stood, they did not go in the houses but stood in front of them), and find out who stole Spongebob by asking questions.

The kids collected all the suspects and they returned to the back yard, lined up the suspects, and now the kids had to decide who stole Sponge Bob.

The kids were so busy having fun and asking questions they did not see me take my niece and dress her up as baby Pee Wee. She was in on it too even though she went around with the kids to find who took Sponge Bob. Not realizing that she had slipped in the line up after all the suspects gave the alibis the children suddenly saw that there was a extra suspect in the line up and there was the thief, with Sponge Bob on her back.

The kids went crazy. They had such a great time doing it they wanted to do it again. Right then and there. The parents had a great time as well they really were into it. Then the kids sang happy birthday and had a SpongeBob cake and ice cream.

The goody bags were filled with bubbles, sponges, candy, crayons and coloring books, and any sea toys.

Believe it or not this party lasted 3:00 hours and that’s including the mystery game. It seems long and tiring but it really isn’t. All the kids and the parents had a great time and asked me when I was going to do another one.

Spongebob party ideas and photos by: Leslie from New Jersey 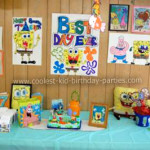