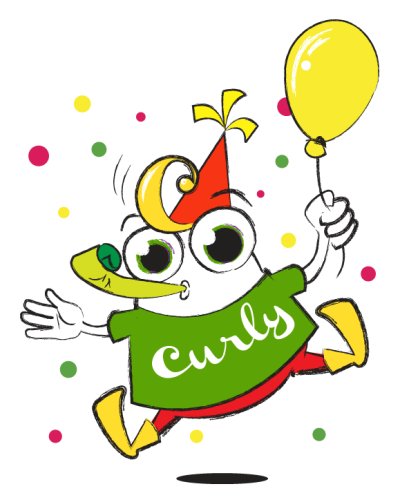 Here’s the ideal teenage slumber party guide for the parents of a teenager because it’s written by a teenager.

We started off the night with each girl, as she got there, joining in the game being played in the living room. It was called “What is it?”

Game: What is It?

We had a few different objects lying off to the side (e.g. a pot, wooden spoon, ball, fork, piece of fabric, stuffed toy). The girls sat in a circle, with one of the objects being passed around. When one girl got it, she had to pretend it was something it wasn’t. Then the other girls had to guess what it was. For example, if a girl took the pot and put it on her head, it was a hat. When the other girls had guessed what it was, the object could be passed on to the next person. If you repeated something someone else had done, or couldn’t come up with an idea fast enough, you were out for that round. The round goes until everyone except one girl is out.

Dinner at my Teenage Slumber Party

When all the girls arrived at my teenage slumber party, we prepared for a long night with dinner for my teenage slumber party. Beforehand, my mom and I had gone shopping and we had enough premade pizza shells that each girl could have her own. Then, on the table, we had bowls of toppings, including: pizza sauce, grated cheese, and pepperoni, cooked bacon pieces, cut up slices of ham, pineapple, green pepper, tomato, onion and mushrooms. Then, each girl went around the table, with her own pizza crust, making her ideal pizza. The pizza’s got cooked, and we ate them.

Whenever we had to pick teams for a game, we had a bag filled with an equal number of red and blue marbles, and each girl picked one. The colour dictated the team (that way, I mixed up my school friends and church friends, and no one could accuse me of always going with a specific friend or group of friends).

After dinner, we had a fun activity, called a photo scavenger hunt. The girls were divided into two teams, and each team was given a digital camera. Then each team was also given a list that looked like this:

You have 1 hour to take pictures of everything on this list. Be careful. The pictures that say “your whole team” doesn’t have to be your whole team, as one of you should be taking the picture, but take turns and make sure that everyone in your team is involved.

Both teams had an hour to collect all of those photos (in no specific order) on their digital camera, and get back to my house. Because I knew what my mom wanted, I could be in a team, but I couldn’t help them out with the answers.

Make Your Own Sundaes

For dessert at my teenage slumber party, we gave each girl a bowl and had chocolate and vanilla ice cream that you could serve your self. Then, on the table were bottles of chocolate, caramel and strawberry sauce, whipped cream, and bowls of chocolate chips, Oreo cookie crumbs, Smarties, liquorice, different types of candies, and chunks of different chocolate bars.

As we ate our sundaes, we watched a few movies (chick flicks, romances, comedies), such as Two Weeks Notice, Music and Lyrics, Sydney White, Sisterhood of the Traveling Pants, The Pacifier, Hairspray, A Cinderella Story, Ella Enchanted, Titanic. We didn’t watch them all, but those were ones we wanted to watch.

During the movies and games, the kitchen table had snacks on it. The snacks included cut up fruit and dip (a great dip is a container of flavoured yogurt and a container of whipped cream mixed together); vegetables and dip; cheese and crackers; chips; cheezies and pretzels. We only had soda during dinner and after the Photo Scavenger Hunt, and we had water, fruit juice and hot chocolate for the rest of the night.

The morning after our teenage slumber party we served breakfast which was bagels with jam and cream cheese, fruit, and juice.

In each loot bag there was a bottle of nail polish, a bar of soap, a hairbrush, a bracelet and a home made kit for making a “keepsake book” (a three ring binder, construction paper, computer paper, lined paper, glue, ribbon, stickers and a paper I had printed off the computer that read: FRIENDS and had lines for writing names, phone numbers and e-mails).

Before the girls left, they each got to make a t-shirt. Each girl had a plain white t-shirt, which she could decorate with puffy-paint and fabric markers in any way she wanted. We waited until the end to do this. Because by the end of the night, the girls had tons of inside jokes, and had become friends with girls that they didn’t know in the beginning. Their friends could sign the shirts.

A few days after my teenage slumber party, when the shirts were dry, I gave each girl her shirt along with a thank you card. In addition, there were copies of all the pictures to go in their “keepsake book” (their team’s from the scavenger hunt, and any other pictures from the evening that had them in it).