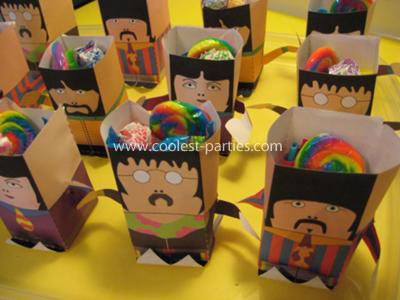 Last summer, for my son Leo’s 3rd Birthday, he asked for a Beatles Yellow Submarine Party. He was crazy obsessed with the movie, their music, our Beatles Rockband game and he just couldn’t get enough of them. He knew all their names and the instruments they played and he made sure that every person at the local grocery store or library knew. I threw a Beatles Bash for our 65 closest friends and family (my husband and I have two very large families) on a budget of only $300!

Leo’s all time favorite food, at the time, (we all know how fickle toddlers can be) were tacos or nachos. For a while we were on a first-name basis with the employees at our local Chipotle. Anyhow, a simple menu of Mexican DIY Tacos, Burritos, Salad and Nachos was by far the easiest and most cost-efficient way I have ever fed a party. With help from my little sister, we managed to make seasoned ground beef, basmati rice with fresh lime juice and cilantro, organic black beans, homemade pico de gallo and fresh guacamole. Then in cute, colorful containers we made a taco bar with torn romaine lettuce, the pico, the guac, black olives, jalapeno and sour cream. My husband’s brothers went up for seconds and thirds, the kids at the party had fun making everything custom and for the vegetarians or light eaters, they could make a flavorful, tex-mex salad. Also, the food was so inexpensive because we prepared it all ourselves, so we were still able to get enough bottles of cerveza for the adults to enjoy. 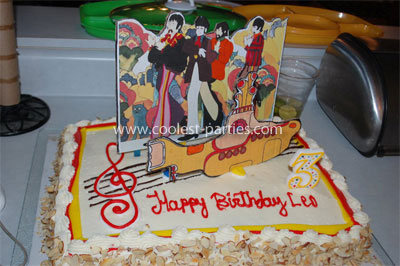 For almost every event that I have ever organized in honor of my one and only little boy, I almost always make or order a carrot cake. I feel like it is such a nice alternative that most people aren’t expecting when they attend a child’s party. To keep costs down, I ordered a generic, music themed, giant sheet cake from Costco for only $18.00 and had them ice it and customize it. Since the theme was the Beatles and the Yellow Submarine, it was pretty hard to find decorations and while I am pretty crafty at most things, the art of pastry is not one of them. I found images online (since they were for my own personal use) and blew them up to stretch across letter size paper. I then glued them to colored, thick, poster board and trimmed out the shapes with a sharp razor, stuck a few craft popsicle sticks to the bottom and there you have it, the cheapest, themed out cake for a party of 60+ people. 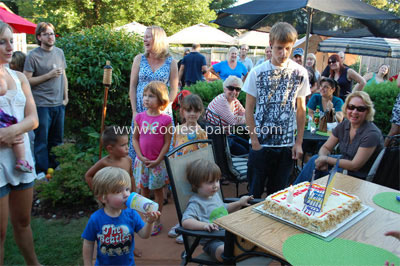 Since the backyard is already pretty green and colorful with our swing set and red umbrellas, I never want to do too much in this area. I instead spent time making the tables comfortable for our guests using bright-colored place mats and simple tea lights in mason jars (which I use for almost every outdoor party). 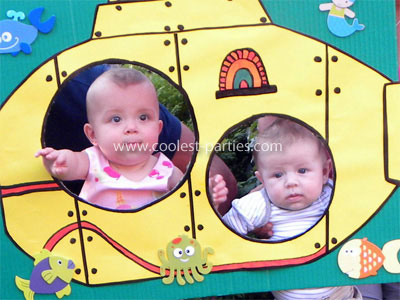 I did make my own face-in-the-hole Yellow Submarine for the kids (and parents) to use to take pictures. This was such a hit that I now offer it for all of my themed parties. It was very easy, very cheap and I finished it in only 2 naps! 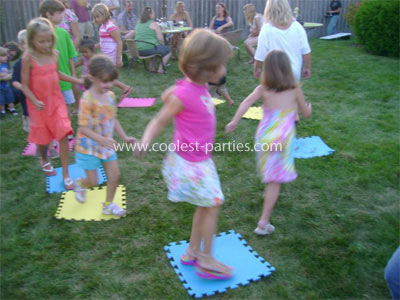 We played the Beatles Musical Chairs and used alphabet rubber mats instead of chairs (easier for the littles). 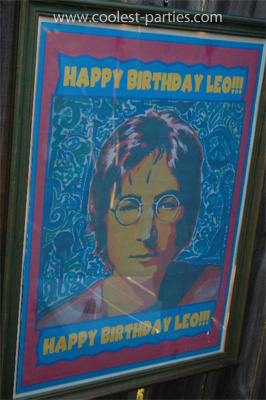 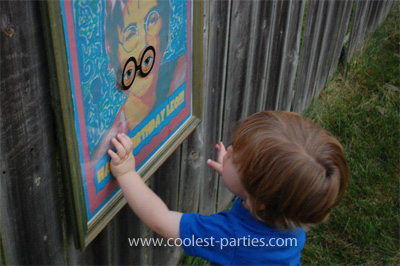 We also played Pin the “Glasses on John Lennon”! My friend, Angie, a graphic designer, offered to make the game board and I lucked out and found round, paper eyeglasses in the party aisle at Target. It turned out so cute! 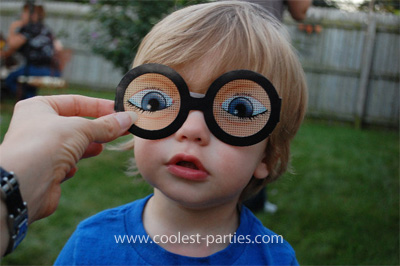 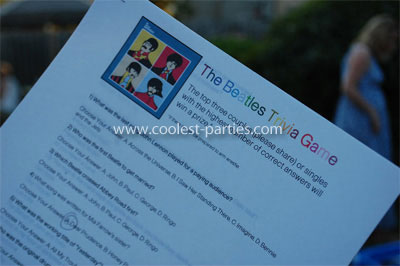 Since it is always so easy to do, I made up a trivia game about the Beatles for all of the adults to play. The 3 winning couples got to pick out a Beatles DVD to take home.

Again, with the suggestion from my crafty friend, Angie – she recommended the toy-a-day blog to search for 3D Yellow Submarine paper templates. Can you believe they had them?! We then formatted the template ourselves to leave openings on the top so that they could be used as goodies bags. 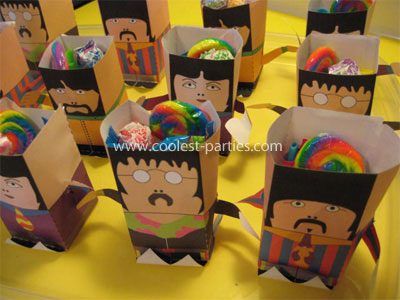 In the end, after it was all said and done, the party was a success and worth all of the extra effort and attention to detail: the kids and their parents relaxed and had fun, it was a beautiful August night – but most importantly, Leo had a great time. He rocked out to the Beatles all night long or at least until he passed out from all the fun and attention. The lesson learned: It was a total trade-off – it was a lot of work and prep time, but I stuck to a very modest budget! It was fun to go crazy with new party theme that also appealed to all of the parents…but most importantly, Leo had the BEST time and rocked out all night to the Beatles music we played. :) 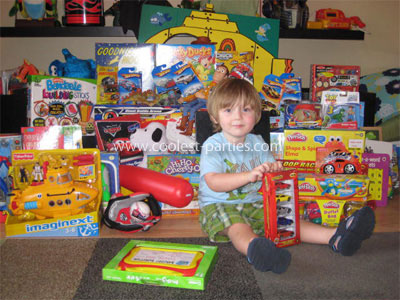