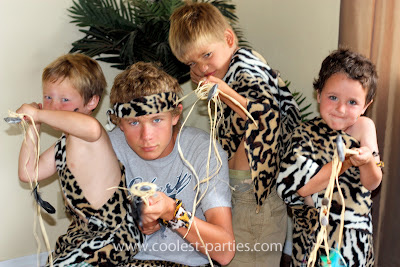 Each year I host a week long Grandma Camp for my grandchildren. A recent theme was “It’s About Time – A time travel adventure”. One of the stops along the time line was in Prehistoric times.

We were met by a Mama Cave Woman who along with her adopted dinosaur baby was running from an angry Mama dinosaur. 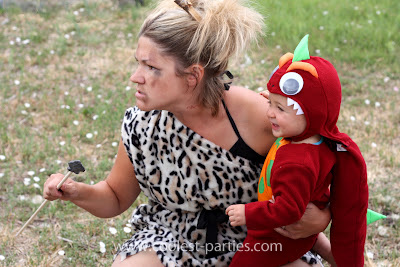 She took us to safety in her cave and then invited us to borrow some of her furs to make more “fashionable” clothes. Each child created costumes from animal print material, raffia, sticks and bones. 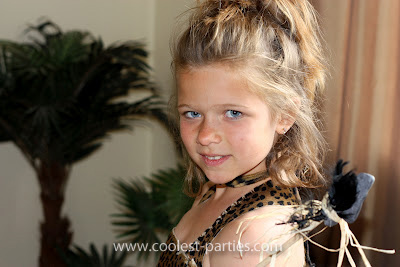 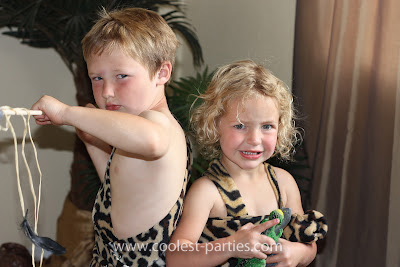 After our wardrobe change she helped us to protect ourselves by instructing us in spear making. Each child received a spear made from a dowel with a baked clay spearhead. They used wood burners, raffia, beads and feathers to personalize their own spear. 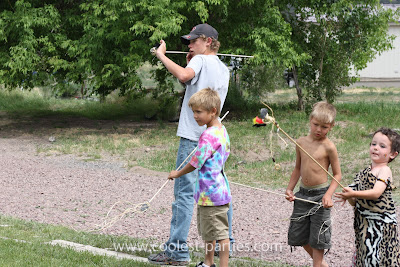 She then taught us how to throw them. We had a contest for distance and accuracy (our distance winner had to climb a large tree to retrieve his!).

Our next activity was a Bigfoot Relay. 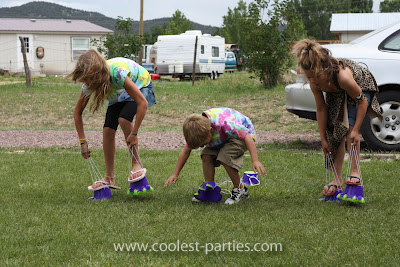 This was a race using plastic dinosaur feet. This was a lot easier for the little guys because they could stand up straight holding the ropes.

Another game was a Dino Egg Snatch. Each child picked out a Dino grabber toy. 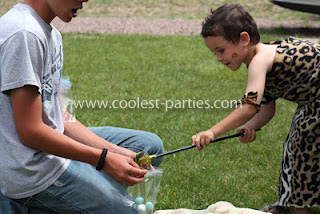 They raced to a nest of Dino eggs (malted milk Easter candy eggs) where they had 1 minute to gobble up as many eggs as they could before mama dinosaur returned.

The kids noticed some odd looking rocks lying around and went in search of even more. 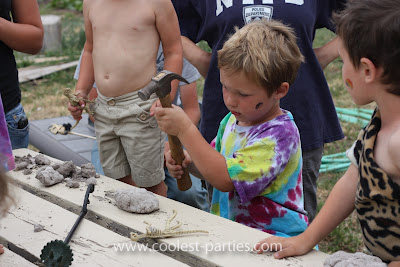 After each child found one, they broke them open with hammers to find fossilized dinosaur bones inside. (The eggs were made with a salt dough and sand concoction that I formed around the bones then left to dry for a week.)

Our final activity was a trip to a dinosaur nesting ground. Each family group searched through a wooded overgrown area looking for a nest and eggs. 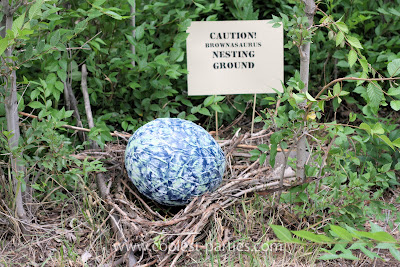 Each nest was labeled for a family and they had to look until they found their own. Each twig nest held a large paper mache egg filled with candy and all kinds of dinosaur prizes. 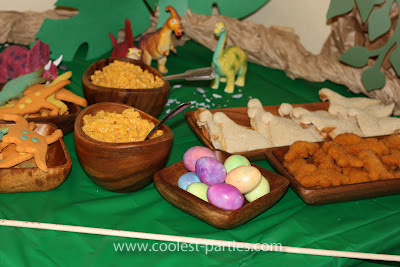 The table was decorated with a prehistoric landscape of succulent plants and cute dinosaurs roaming among chocolate rocks and fossils. 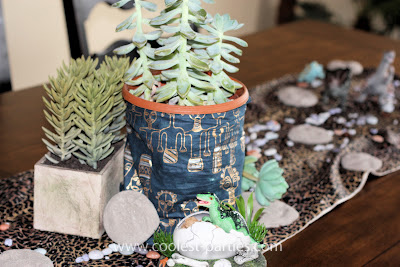 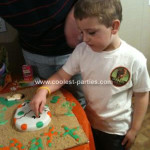