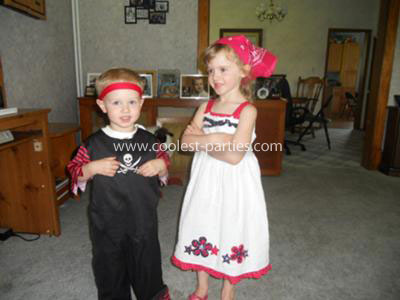 My 2 kids love Jake and the Neverland Pirates and since they haven’t marketed any of their things yet, I decided to have a generic pirate party for them. I sent e-vites with the pirate theme, then went to a local party store to find my other goodies (and Walmart too).

Our party was for family so there were only 5 kids that were at the party including mine. I had my 2 kids dress up as Jake and Izzy from the show in their own way. We had a tablecloth and balloons to match the theme.

I also made a pirate themed cake. I used a regular 9X13 cake along with a batch of cupcakes to make this pirate island themed cake. I decorated with white frosting on one half, blue on the other, then used crushed graham crackers as the sand. I used the pirate guys and coins from the party store, and fruit snack sharks for the water decorations.

Since the kids ‘ ages ranged from 2-5 and a 9 year old, I created a “treasure” hunt for the kids. I had clues hidden throughout our yard for them to follow until they found the “treasure”. The “treasure” consisted of eye patches, earrings, necklaces, compasses, and stickers that I found at either Walmart or the party store. The kids were super excited to find their treasure! They said that was the best part of the party!

The party was something basic for the younger kids and fun for the adults to watch. It wasn’t anything fancy, but it was special for the kids! And I had fun with it too :) 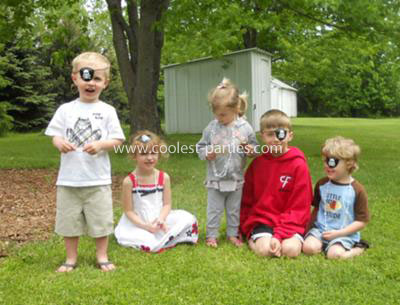 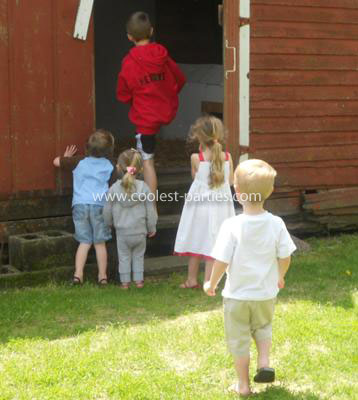