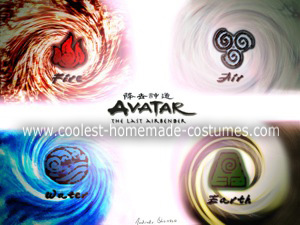 My 7 year old son wanted an Avatar Last Airbender Birthday Party. The movie had just come out and so there weren’t many ideas out yet. We found a great picture on the internet to use as the invitations and then put our information on it.

The decorations were pretty basic. We had red, yellow, and blue plates and tableware and several different colored balloons to represent the different nations: fire, water, earth and air.

Once everyone arrived it was time for their training. We set up stations for each of the nations. Each station had 2 activities they needed to master.

AIR NATION: we put two string tracks in our yard. We used garden stakes and stuck one at one end and another about 10 feet away. We did that to another set. Once the stakes were set we tied a string to one end and then put a drinking straw at the other end so that the string was through the straw. We then tied the string tight to the other stake. We had the kids blow up a big balloon and hold on to it while we carefully taped it to the straw. Once attached they let the balloon go to see if they could make it to the end of the rope. This was their air rocket.

The other activity was to blow down 10 plastic army guys using a straw.

WATER NATION: This was fairly easy. We did a water balloon toss and we did a water relay moving water from one bucket to another.

EARTH NATION: We had a shallow dish filled with sand and we buried guys in the sand. They had to use their “power” to find the missing guys. Next we had them practice throwing mud balls. It got a little messy but it was fun. They waded up newspaper and soaked it in paper mache liquid and threw it at a target.

FIRE NATION: Lastly was the fire nation. For this I made some stiff flames from cardboard and felt. I then made the flames stand up and the kids were supposed to walk from point A to point B with the flames sitting on their hands. The other activity was tossing “fireballs” into a ring. They had three Styrofoam balls each covered with either yellow or red tissue paper and they tossed them at a lawn dart target until they got all three in the hoop. Once they were done with their “tests” they each received a laminated avatar card from a picture I found on the internet that had all the nations on it. They were official avatars now.

For the cake we actually had cupcakes that were frosted with white for air, red for fire, blue for water and brown for earth. Everyone had a great time! 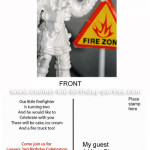