“How low can you go without being completely soaked???” Put on some great limbo music, take a hose and blast on the water. The water from the hose will serve as the limbo stick. Hold up the hose and have everyone limbo by facing forward and leaning back. Each time lower the stream of water so that it becomes harder.

Here’s how you transform a standard game of volleyball into one of the most amusing kid water games. If you don’t have a net, put a rope between two trees and divide the group of kids into two teams, each one on either side. Give each team a bed sheet and have them surround the sheet all around holding it open. Put a small to medium-sized balloon (filled with water) onto one team’s sheet and the team tries to flip it over the net or rope to the other team, who must catch it in their sheet and flip it back, etc.

If one team drops or misses, the other team gets a point. Have many water balloons ready before the game and try not to overfill them. Tip: It helps to do a countdown to the toss: “One, two, three…Up!”

There is always something exciting about dropping things only to see them go splat. To play this game, you will first need a paved surface (such as a driveway), a box of filled water balloons (all close to the same size), some chalk and a measuring tape. Each kid (taking turns) holds a balloon high overhead, then throws it firmly on the hot pavement, trying to make the biggest wet mark possible. Once there is a wet mark, quickly outline it with chalk and put the kid’s initials by it as well as measuring the size of the SPLAT at its widest point.

Divide the group into two teams and give each team two buckets and one large sponge. Put the exact amount of water in each of the teams’ bucket and put this bucket near the team. Then take the empty buckets from each team and put them off a distance. The players need to soak the sponge, carry it to the empty bucket, wring it out, then take it back to the next in line who does the same, etc. This continues until all of the water from the first bucket is in the second bucket. You can decide if the winning team is the team that finishes first, or who has the most water in the bucket at the end of the race.

Have the tug-o-war over a mud pit or a wet and gooey area you prepare beforehand. The losers fall in – yuck! (But very fun…) It’s one of the coolest kid water games that’s sure to bring lots of laughs.

Divide the group into two groups and give each team a big pile of water balloons. First in line of each team takes a water balloon, runs to designated area (where there is a chair), sits on the balloon, pops it and runs back to line (if they drop their balloon or it pops before sitting on it, they must run back for a new one). Next in line goes and this continues on until one team wins. The children love these sort of kid water games!

Put a pile of yellow kitchen sponges into a giant tub of water and let the kids have a water fight, using the sponges as the ammo.

Divide the group into two teams and give each a pair of oversized sweatpants. To begin, the first team member of each team dunks the sweatpants in a bucket of water (make sure the sweatpants are completely soaked), puts them on as fast as possible and runs the designated distance, then returns to the starting line, peeeeeling off the sweats. The next team member must dunk the pants again into the bucket of water and put them on, etc. The first team to finish the relay wins.

Toss a bunch of blown up balloons into a kiddie pool, and let the kids try to pop the slippery balloons by sitting on them. Sit back and enjoy one of the most hilarious kid water games.

Take a very large rope or a regular jump rope and have two kids twirl the rope. Hand out a full cup of water to each kid and have them jump rope with the cup in hand. Whoever spills the least water wins.

Have the kids pair up and pitch a balloon back and forth, increasing distances until it bursts. A funny thing to do is fill water balloons half way with shaving cream and the rest with water. When the balloon pops it can be much messier and fun!!

This is a fun way the kids can make their own music together! Hang an assortment of items along a fence or row of bushes (by using string or other means to secure them). Then let the kids blast them with water guns or garden hose and this will make a distinctive percussive sound. The “spraychestra” might include the following: metal pans, inflated beach balls, old hubcaps, plastic cups, bowls with lids, or anything else that might make a cool sound. (Keep a tub of water around so that it would be easy for the kids to refill their guns).

This is one of those kid water games that offers awesome photo opportunities! Have everyone put on an old bathing suit and then go out to the yard and get creative. Hand out finger paints, face paints, etc. Kids can take turns drawing shapes on each other’s back and then guess what was drawn. You can also draw a bull’s-eye on a tummy and try to hit the target (and wash it off) with a water gun. After all the kids have covered as much skin as possible, have everyone get out the hose and sponges, and scrub their “canvas” clean-but not before taking a few photos of the human masterpieces.

Divide the guests into two groups. Fill up with water two kiddie pools for each team and prepare several trays (or a huge bag) of ice cubes (this is one of the “coolest” kid water games…)! Then put a big bowl in the middle of the pool so that it floats around (or if the kiddie pool is too big give each kid their own little bowl). Kids then need to sit around the edge of the little pools with their feet positioned over the water. When you say “go”, pour in the ice cubes, and the players race to move the cubes out of the water, only with their FEET, and into the bowls within a designated time period. The team that wins is the team which has the most ice cubes in their bowls when the time is up.

You can set up a great watery obstacle course where you have many sprinklers turned on. Stations can include jumping rope in the sprinkler spray, shooting a squirt gun at a predetermined target, or any other creatively wet challenges. You can use a stopwatch to keep track of time for each player or run a relay with two teams going through in opposite directions.

A kid is called on to be “it”. All the other players run away from whoever’s IT while IT tries tag people by throwing a wet sponge at them. If a person is tagged that person becomes the new it.

In this one-on-one water showdown, players win points by squirting a beach ball over an opponent’s goal line. Designate two end zones in the yard using cones, Frisbees, lawn chairs or what have you. Hand the squirt guns or nozzles to the first two players (If you have just one spigot, divide your main hose with a Y connector, then attach two other hoses and nozzles). The ref turns on the water and the players try to blast the beach ball over the opposing player’s goal line, while preventing the ball from crossing his or her own. The next person in line can challenge the winner.

Take a look at our complete Wet-n-Wild Child Birthday Parties section for more of the coolest party-planning ideas. 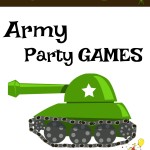