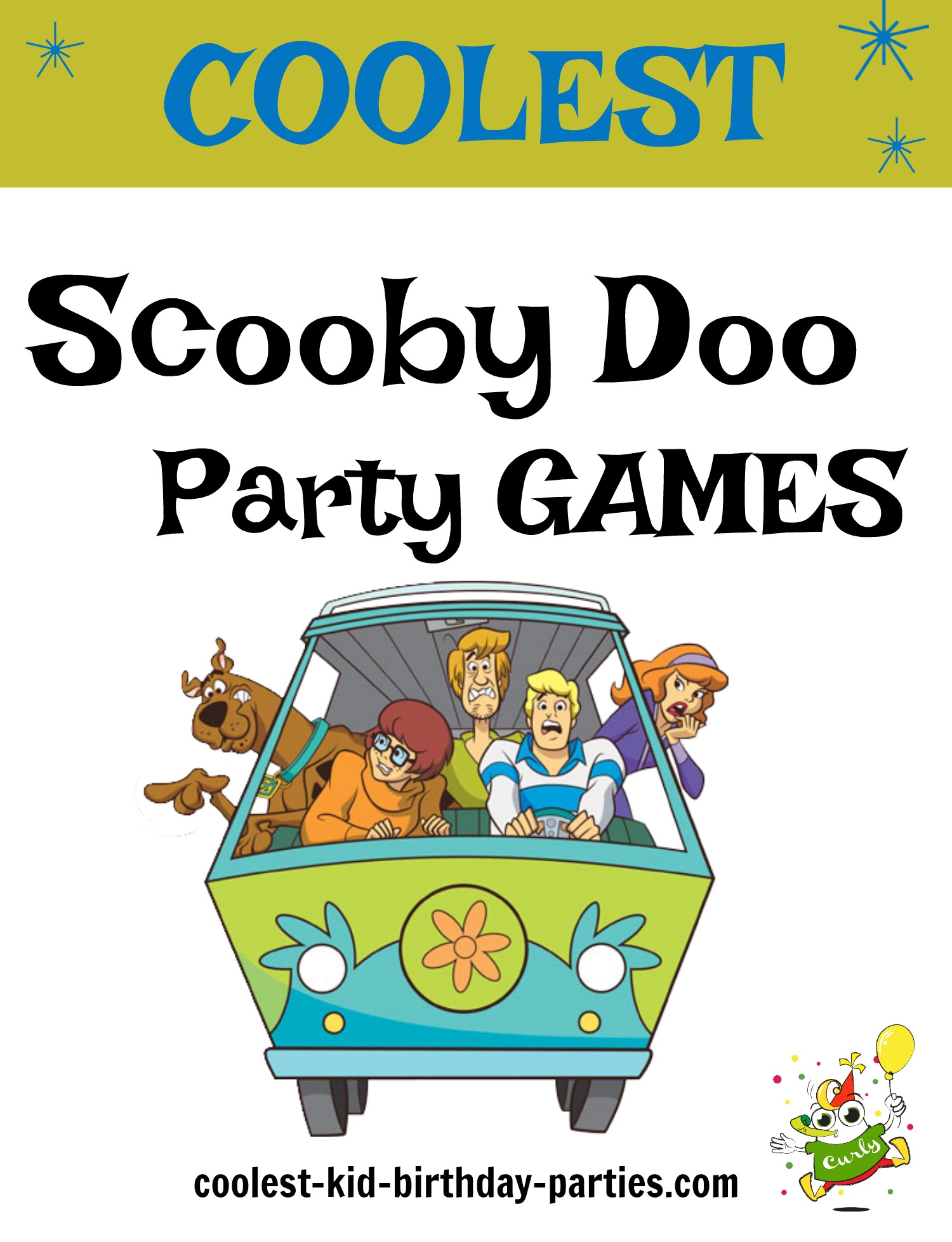 For this Scooby Doo game you first need to find lots of pictures of Scooby Doo and the gang and tape a different character on each kid’s back. The kids need to find out who they are, and they do this by asking no and yes questions (for example: “Am I a girl?”). You can either have the kids pair up or have one stand in front of the whole group.

Pin the Sandwich on Scooby Doo

Just print out a large picture of Scooby Doo and tape to the wall. Then print out sandwiches and the kids need to pin each sandwich as close as they can to Scooby’s mouth while they’re blindfolded.

Pick a kid to be Scooby Doo and have them blindfolded. As Scooby walks about blindly, the rest of the kids are in a circle around him and when Scooby touches someone, that kid has to moan and howl just like a ghost until Scooby can guess who the person is. If Scooby identifies who it is from the moan, the two kids trade places and the kid who moaned becomes Scooby. If Scooby doesn’t identify who it is, the game then continues.

A cool idea is to play hot potato, but instead use a dog biscuit or a dog bone.

Scooby Doo, Where Are You?

This Scooby Doo game is best for younger kids. Hide a stuffed Scooby Doo toy or picture somewhere in the party area. The kids can then walk around the party area like Shaggy and say “Scooby Doo, where are youuuuu???” The first kid to find Scooby is the winner.

Have ghost sack races! Divide the group of kids into two, and have each team stand in a line. Give the first one in line a white pillowcase or a big white sheet. They need to get into the pillowcase (or put their feet in the middle of the big white sheet) and start jumping to a predetermined point and back. Then they give the pillowcase or blanket to the next person in their team. They continue this until the whole team has done it at least once. The first team to finish this fun Scooby game is the winner.

Divide the group into teams of three. Have them decide who in the group is going to be the mummy (or decide that for them). Have the teams compete at wrapping the Mummy with toilet paper. The first team to wrap their mummy from head to toe is the winner (for this game you should get sturdy toilet paper that doesn’t tear easily).

This is a very simple, yet fun game. The kids must be on their hands and knees, and the one who talks the most like Scooby Doo is the winner.

Have colored whip cream or Jell-O (preferably yellow and blue – similar colors of Scooby) and put them in many bowls. Have a race to see who can eat it Scooby Style with the kids kneeling down on their knees and their hands behind their back!.

A simple adaptation from “Duck, Duck, Goose”. Have the children sitting in a circle while one of the kids is patting all the rest on the head saying “Scooby, Scooby, Scooby, etc.” When that kid says “Doo”, the kid who’s head was patted on, chases that kid around the circle. If he catches the patter, he sits back down and the patter continues. If he doesn’t and the patter sits down in his place, then he becomes the patter.

Here’s a real fun Scooby Doo game. Hide about 40 cardboard bones, and have the kids crawl round on all four and hunt for the bones.

Take a look at our complete Scooby Doo Birthday Party Ideas section for more of the coolest party-planning ideas. 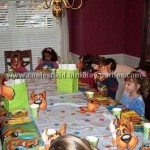